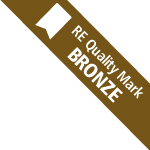 The Government give schools a Pupil Premium Grant (PPG) to help them support those pupils who receive Free School Meals (FSM), are the children of parents who serve in the armed forces or who are Children Looked After (CLA) by local authorities. The Government believe that these pupils are the most likely to under achieve at school and the PPG is intended to ensure that extra support is provided for those pupils.

Schools are asked to publish details of how much PPG funding they receive, how it is used and how effective this has been in raising standards of attainment for FSM, service and CLA pupils.

The Governors, Senior Leadership Team and staff at Rosetta believe that the PPG is used very effectively at the school. FSM pupils at Rosetta were either above or significantly above national average for both FSM pupils and indeed for all pupils (FSM and non FSM) for attainment and progress in 2012, 2013, 2014, 2015, 2016 and 2017.

Details about how we spent the PPG and its impact on pupil attainment and progress are available in the documents that can be downloaded below.